I should have been doing this all year but I didn’t, so here we are.

Sparty looked…acceptable in that game against Ohio State. Granted, their starting QB was out, but if their defense wasn’t perhaps the best in the country, they would have likely been trounced. Ohio State had shockingly low offensive numbers and were only able to score due to MSU’s two turnovers deep in their own territory. With OSU being regulated like that, even their backup QB should have been able to lead them to something better than a last-second field goal to win.

Iowa looked much better than acceptable. They looked downright impressive. You may not be impressed since it was “only” Purdue they beat, but Purdue has been good on the road (apparently) and were previously unbeaten against the spread on the road. Iowa never let them have a chance and rolled on into the top three in the AP Poll. Iowa and MSU will collide in the Big 10 championship at this rate, and I will be planted on the couch to watch that game.

With Oklahoma State losing to Baylor, Oklahoma is firmly in the driver’s seat in the Big 12. They only (“only”) have to beat Oklahoma State and they’ve clinched the Big 12 championship. That win would probably push them into the playoff unless Notre Dame absolutely destroys Stanford. Count your blessings, Oklahoma, that TCU didn’t have Boykin and that they called a weird last play to lose the game.

WHAT A TWIST! Baylor beat Oklahoma State, which was very impressive. However, TCU did not beat Oklahoma (due to a VERY questionable two-point conversion decision). Had TCU won, they probably would be around #8 or #9. Now they have sunk to #15. A #7 v. #8 matchup would have looked very good for Baylor’s resume and could have boosted them past Notre Dame, Oklahoma, and Sparty. Now, I doubt they climb much higher than this unless there are serious upsets to be had.

Perhaps the biggest loser since a loss late in the season is essentially a death sentence in college football, even with this slightly-more-lenient system. Not only did they lose, they were completely shut down. JT Barrett had less than fifty yards passing, Ezekiel Elliott had less than fifty yards rushing, and the Buckeyes could only score when the ball was turned over to them in Michigan State territory. Not only that, Elliott and Cardelle Jones both declared for the NFL Draft. I have utmost confidence in Urban Meyer for the futre, but OSU is playing for an At-Large bid to a big time bowl.

Oklahoma State falls in this category for the same reason as Ohio State: you can’t lose late in the season. Their loss is compounded due to the Big 12 having an odd three to four team race. They have to beat Oklahoma to win the title, but with Baylor beating them, they need to hope TCU can step up and beat Baylor and hope for the best with a four way tie to end the season. 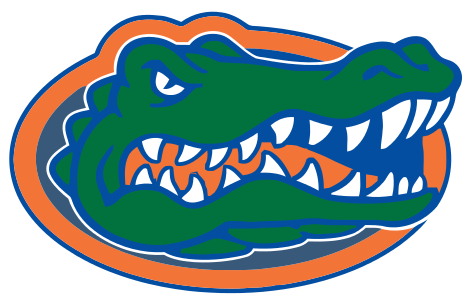 Florida looked pitiful against FAU. They should have been able to grab a fan from the stands, suit him or her up at QB, and be able to beat the pants off the Owls. However, it came down to the last second in overtime. They dropped to 10th in the AP Poll which typically would be insurmountable at this point. The Gators play #14 Florida State next week and then likely play #2 Alabama in the SEC Championship as long as Alabama takes care of business against Auburn. If Florida can beat Florida State handily and can beat Alabama, they’ll be back in the Playoffs…guaranteed.

I bumped Notre Dame simply because their last three games have been exceptionally pedestrian. They started off the season destroying teams, but the last few weeks have been unimpressive. Michigan State would have jumped Oklahoma if they would have had a pulse on offense. Mind you, all of these teams have showdowns against Top 11 teams (either during the regular season or predicted conference championship games). It’s entirely possible that only one of these six teams remain in the playoff picture after championship week (Iowa is slated to play Michigan State in the Big 10 championship).