The Pac-12 released their schedules about a week and a half ago. A hallmark of offseason banter is dissecting schedules to determine how difficult a season might be for any one team. When does a team get their bye week? Who does Team A start their conference schedule against? Will a stretch of three games be a make-or-break for Team B?

As I mentioned in the Pac-12 South post, Cal and UCLA have a habit of scheduling strong out-of-conference schedules. While that bodes well for the fan, it doesn’t always bode well for these schools. Cal goes on the road to play UNC while hosting Ole Miss in week three. Both of those programs have strong recent history, but both will be in a redefining year with each team losing a tenured quarterback. There are no easy games in the Pac-12, but playing both USC and Colorado are not blessings for UCLA’s season. 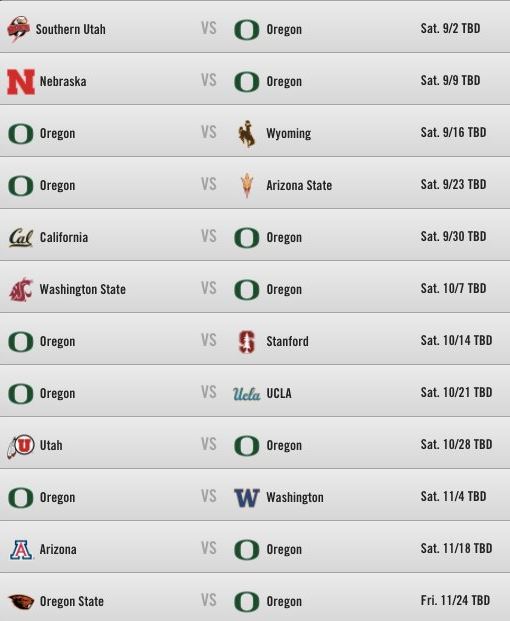 Oregon is coming off of a relatively horrible season that featured only four wins and a complete lack of defense. That being said, the schedule here does lay out quite nicely for a team that needs all the help it can get to transition in a new coach. There’s no reason to think that they cannot come out of the non-conference schedule with three wins (as they came out of a near-identical non-con last year). There are no particularly damning stretches of games, either, with their hardest gap being Stanford, UCLA, Utah, and Washington.

As a fan of a power program, this is a little more in line with what you’d like to see from a middle-of-the-road team hoping to make a push toward bowl eligibility. Portland State is (should be) an easy tune-up game. The Beavers host a Minnesota team that is fresh off of a coaching change. While that bodes well for Oregon State, you better believe that PJ Fleck, Minnesota’s new coach, will have the kids motivated to win. After what should be a competitive game at Fort Collins, they go on to play v. Washington, @USC, v. Colorado, and v. Stanford in quick succession. If they can go into the California game at 4-4, the Beavers should consider it a massive success. 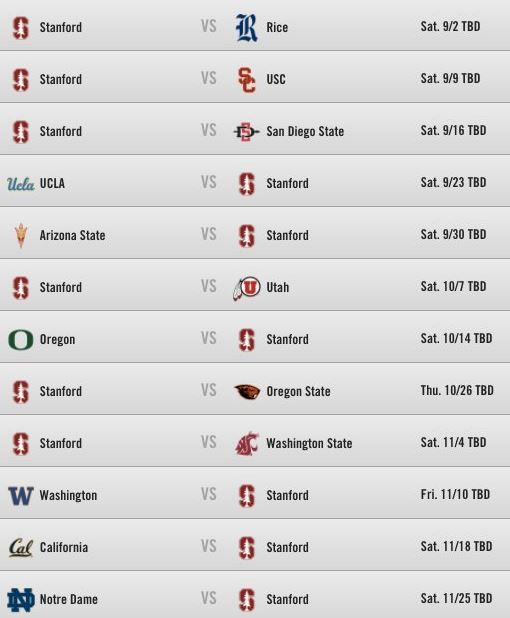 Stanford is one of a handful of teams with a traditional out-of-conference rivalry. As such, their early season is going to start quickly. After a tune-up game with Rice, they dive right into (what I’m sure will be) a primetime game at USC. Because of the unique scheduling requirements, Stanford, too, has a relatively nice spread of a schedule. After the USC/San Diego State back-to-back, they do not have to play two postseason ranked teams in a row for the rest of the season.

In the mid-2000s, Washington used to schedule teams like LSU and Boise State for their out-of-conference games. Their athletic director quickly took note of what the other successful teams were doing and filled the future schedules with fluff. The Huskies starting the season off 3-0 is 100% expected at this point in time. They should not face much resistance, either, until their final five games. UCLA, Oregon, Stanford, and Utah all have Top 25 talent based on their last four years of recruiting. While Washington has Washington State’s number over the last few years, anything can happen in a rivalry game.

It’s a running joke that WSU’s toughest out-of-conference game seems to be the FCS team they inevitably schedule. If that’s true, then WSU starts the season off with a bang hosting their first five games against Montana State, Boise State, Oregon State, Nevada, and USC. Their schedule is book-ended by playing out their last games v. Stanford, @Utah, and @Washington. Washington State misses Arizona State and UCLA, the fourth and fifth best South teams respectively, but gets a game on the road against Arizona in the interdivisional games.

One thought on “Breaking Down Pac-12 Schedules: The North”